It’s a massacre — another installment in 50 years of brutal racist military repression of the Palestinian people.

Other states have faced sanctions for far less. Sanctions on South Africa helped free its black people, it’s time for the world to rally behind sanctions on Israel to free the Palestinians:

Israel has marched steadily away from reason and peace and towards the far right. A member of Parliament called for the beating of Ahed Tamimi, the young Palestinian girl who slapped a soldier after her cousin got shot in the face — and the Defence Minister himself threatened punishing her entire family!

Israel’s military claims the protests were an invasion organized by Hamas, and that a few of the marchers were armed. These claims are disputed by Palestinian and international civil society and Israel has regularly lied to justify its actions. But even if they were true, why were 1300 people shot, hundreds of meters inside the fence? And why with live ammunition?!

And with Israel controlling the air and dug in behind fortifications, often with miles of empty desert behind them, what actual threat did the crowd possibly pose?! The Israeli regime’s hysterical fear and victimhood knows no bounds, and justifies any cruelty.

Gaza is actually the world’s largest open air prison, cut off and denied necessities for years by Israel. That’s the desperation that forced people to risk their lives in protest. But when the prisoners dared to approach their prison walls, their jailers shot them like fish in a barrel from safe perches hundreds of meters away.

Israel’s many enablers will knee-jerk accuse Avaaz and our many Jewish staff and leadership of hating Jews. But our team and our members love the Jewish people, as we love all people. The Holocaust was real, the Jewish community has long been horrifically oppressed and still faces anti-Semitism worldwide.

Many of those who founded Israel wanted it to be a beacon of a better way. But their vision has been betrayed, and Israel has come to be led by a brutally racist and repressive regime — it deserves the world’s condemnation. Not just in words, but action:

Virtually every other tool has been tried, for decades, to encourage the Israeli regime to treat Palestinians better, and they just keep treating them worse. Targeted sanctions, covering things like Israeli blood diamonds, a boycott on arms sales (Israel sells weapons to some of the world’s most brutal regimes) as well tech and cultural sanctions (like banning Israel from sporting events and the Eurovision song contest) may finally affect the calculus of the regime.

Two of the most dishonest and dangerous leaders in the world today are Donald Trump and Israeli PM Benjamin Netanyahu. Like extremists everywhere, they dream of a world where sensible people lose their judgment and are pulled into two warring camps, one of which is led by them. Let’s show them it won’t work — that ordinary people won’t be sucked into their hate and propaganda, and that we can still see racism and brutality for what it is, and respond. That they can’t take our humanity from us, and we won’t let them succeed in taking freedom and dignity from the Palestinian people.

With hope and determination,

PS – Over 75% of the Avaaz membership has voted for this campaign, with only 8% opposed. Believe it or not, in a sign of how bizarrely powerful the Israeli far-right lobby is, you can be punished in many countries, from parts of the US and Germany to France to Israel itself, for calling for a boycott or sanctions against Israel, for any reason whatsoever. Backed by an overwhelming vote of our membership, Avaaz, for the first time, openly and proudly refuses to obey these laws, which violate our basic human and constitutional rights to free expression and democracy. We will challenge them in our legislatures and defeat them in our courts.

It’s Not a ‘Hamas March’ in Gaza. It’s Tens of Thousands Willing to Die (Haaretz) 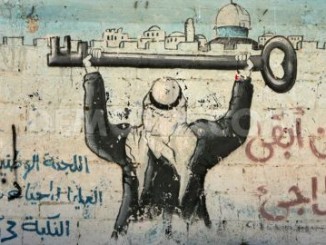 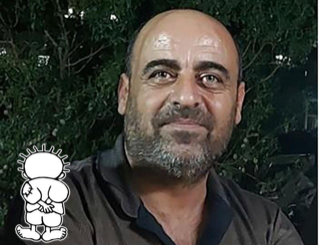